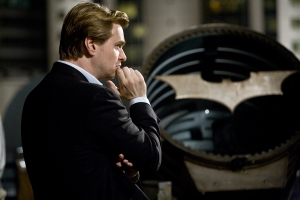 It’s here! It’s finally here! The first trailer for Christopher Nolan’s highly anticipated The Dark Knight Rises has finally arrived. Three years have passed since we saw Batman ride off into the horizon at the end of The Dark Knight, and it’s safe to say that every fan of the Caped Crusader has been waiting for this moment ever since.

The Dark Knight was a huge success critically and commercially and truly raised the bar for modern superhero movies. Nolan’s third and final chapter in his Batman series is deep in production and is promising to be the most epic of the bunch. 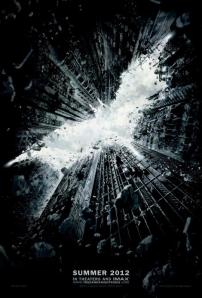 Christian Bale will be returning as Bruce Wayne/Batman along with Gary Oldman as Commissioner Gordon, Michael Caine as Alfred and Morgan Freeman as Lucius Fox. Tom Hardy will be reuniting with his Inception director as he steps in to play Bane (hopefully much closer to the comic book version than the dimwitted henchman from Batman and Robin), and will also be joined by the gorgeous Anne Hathaway as Catwoman.

The first trailer is well and truly a teaser, opening with footage and dialogue from Batman Begins, followed by brief glimpses of the very scary-looking Bane, and no sign at all of Catwoman. We also see Gordon in a very bad way, laying on a hospital bed as he speaks to Bruce about the much-needed return of Batman. Speaking of Batman, the only appearance of the movie’s hero is a quick glimpse of him looking completely exhausted as he squares up to fight his latest foe.

The Dark Knight Rises is due out on July 20th, 2012, so in the mean time, watch the trailer and feel the excitement kick-in.

SquabbleBox n00b. A proud member of the wonderful world of geeks with big love for movies, games, comics and TV...but only the best (in my opinion)
View all posts by Danny Jeram →
This entry was posted in Comics, Movies and tagged batman, christopher nolan, The Dark Knight Rises (2012) teaser trailer. Bookmark the permalink.